Use only one ad group per campaign with 5 keywords in each.

Having multiple ad groups means the budget might be split unevenly between different ad groups and you’ll have no control over the budget. With Amazon, you cannot set an ad group-level budget. You can only set it at the campaign level.

5 keywords maximum per ad group is recommended. If you push the limits to 10 for example, you will find the top five are getting most of the spend, and the bottom five will slowly get less. Even beyond 10 with a huge budget of $10,000 a day, you’re going to notice that all of the budget is going to the top five keywords

Move low-performing keywords to their own campaigns with 5 going into each one.

To find these keywords go into your ad group and sort by spend, then scroll through the keywords. Look for keywords where you notice slow impressions or no spend, or maybe over the last 60 days, it spent $2 or $3, and you’re not even targeting those keywords.

Having a large budget means that Amazon won’t throttle you. For example, if you have a $10 budget, a $1 CPC on average, and 30 keywords, you won’t even be able to afford to get one click for every single keyword, every day.

However, if you are willing to spend $100, $500, or $700 a day, where it will be 30 cents, 50 cents, and 70 cents per click, then Amazon will find the most effective way to bring you as many clicks as possible, bringing a higher chance of converting using that method as opposed to lowering the budget.

Do not mix Broad Phrase and Exact when using Keyword Targeting.

Control your spending on the keyword bid level.

You can add a custom bid for keywords, where Amazon will show you the bid range and impression share. Spending more money will allow you to get a larger impression share. For example, if you notice that you’re already targeting some keywords and you have a very low impression share, it is worthwhile spending a little bit more money.

Use a good naming convention to identify campaigns easily.

Follow a System of Paid Ads for each campaign. 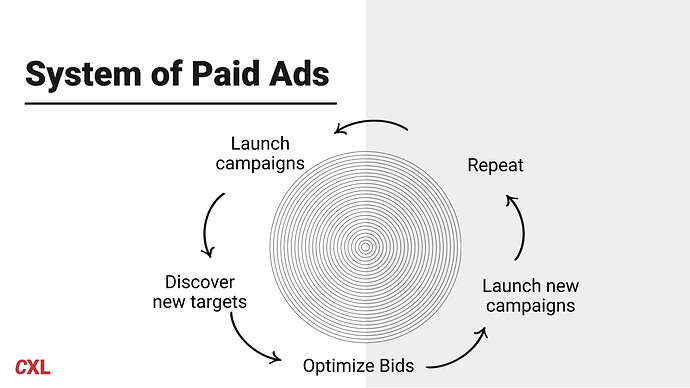