Rank elements on your website’s visual hierarchy based on your business objective.

For example, Williams-Sonoma sells outdoor cookware. The biggest eye catcher is the huge piece of meat as it makes you want it, followed by the headline say what it is, a call to action get it, a descriptive paragraph under the headline, the free shipping banner, and the top navigation list. 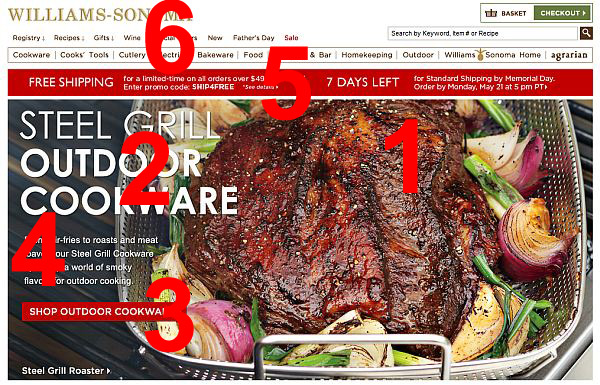 Apply the Golden Ratio to your site layout to make it more aesthetically pleasing.

Add filters during the design process for easier decision-making and to eliminate distracting options.

The more options a user has on your website, the more difficult it is to use if they decide to use it at all. For example, Wine Library offers a huge selection of wines but does a good job with their filters to make it easier for their customers to make a decision. 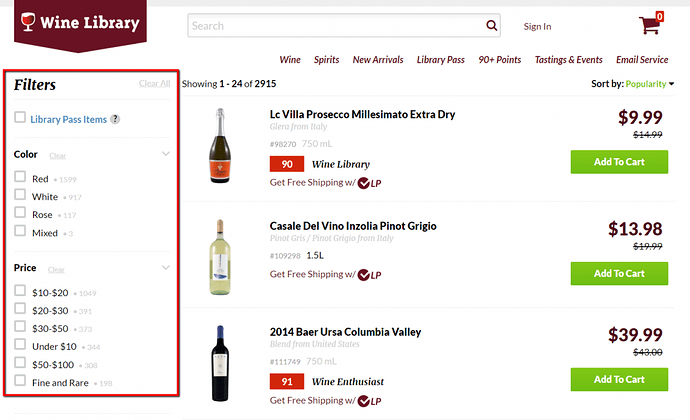 Use button sizes proportional to their expected frequency of use.

You can use mouse tracking to see which buttons people use the most, then make popular buttons bigger and easier to hit.

Follow the rule of thirds in your images to make them more interesting and your website more appealing.

The following are the six best guiding Gestalt design laws for web design:

Use white space and a clean design to make it easier for users to focus on the main message, visuals, and copy.

Pages without white space, crammed full of text or graphics, risk appearing busy or cluttered and are typically difficult to read. A clean design with lots of whitespaces doesn’t just mean less content. You need to use white space wisely and carefully consider the hierarchy for information, typography, color, and images.

Use a simple, minimalist design and follow the principle of Occam’s razor.

Occam’s razor argues that the simplest solution is usually best. For example, when Angelpad removed 80% of the content on their homepage, leaving only the sign-up button and one Learn More link, their conversion to sign-up increased by 300% 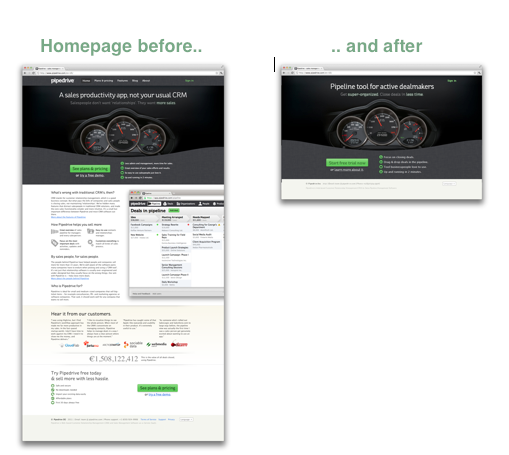