Use text as a data visualization

Increase the impact of key metrics and other singular data values.

Treat numbers as a data visualization when they are singular, important, specific values that will be useful to the audience, like key performance indicators (KPIs).

Numbers are the most fundamental type of data visualization: they are a precise and unambiguous representation of a metric. However, having too many metrics represented as numbers can often be ineffective due to the capacity limitations of short-term memory.

Add relevant context like the name of the metric the value represents, a comparison of the metric to a benchmark, target, and/or previous time period, and a sparkline or other visualization showing intra-period variations within the metric total for the number.

A number as a data visualization can seldom stand alone. The following example of a dashboard widget incorporates a comparison and a sparkline trend chart as context: 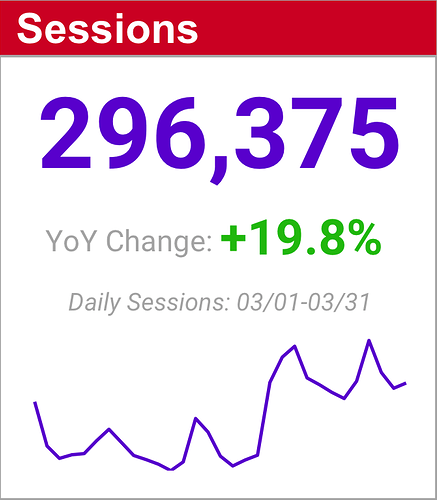 Include a 000s delimiter and format the number for readability. 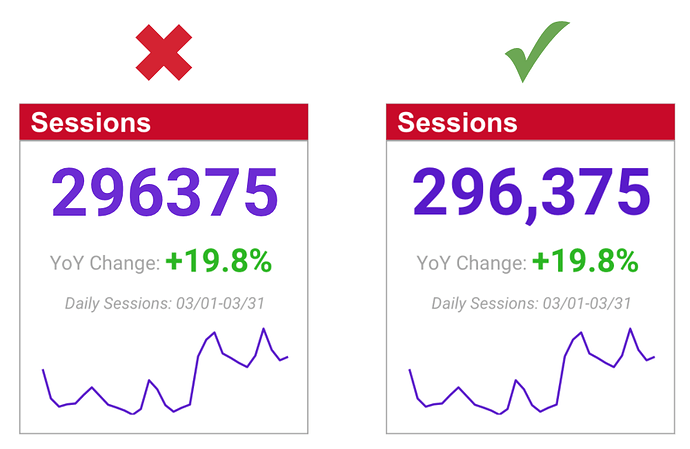 Choose a large and dominant font size at least 50% larger than nearby text to give the number more visual weight relative to other information on the screen or page. 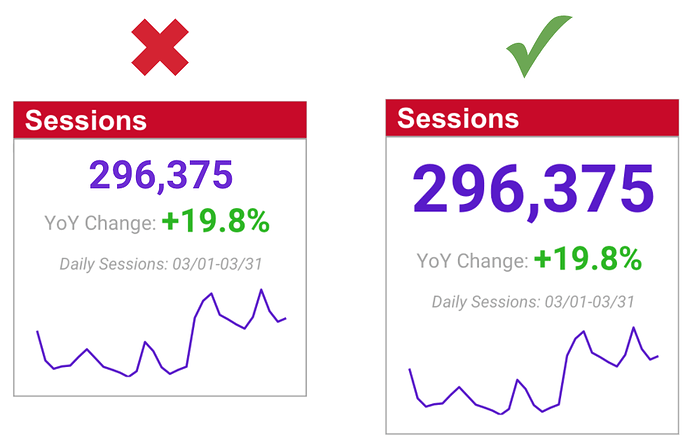 This also applies to text representations of metrics being used inside slide decks as part of a data story:

Metric Being Treated as a Visualization within a Data Story Slide